This interview was written by Edward Wakefield and published at 3D Printing Media Network.

Sowing the CEAD of composites LFAM

An interview with Lucas Janssen, co-founder and CEO of CEAD, about how the company was started and developed, and where it is now

We sat down with Lucas Janssen and touched on the origins of CEAD (their experience starting back in 2011 with Leapfrog 3D Printers), some of the challenges the team faced while building what CEAD is today, and the purpose and motivation behind the company’s pioneering activity in composites LFAM.

Today CEAD is based in Delft, in the Netherlands, and builds and sells composites LFAM 3D printers, with a focus on the implementation of large-scale thermoplastic composite 3D printing solutions. CEAD offers pilot projects and training, technological components such as print heads, and robot- and gantry-based solutions. “CEAD supplies a total package when it comes to 3D printing solutions,” and helps customers, across a variety of different industries, build their production process from start to finish.

In 2011, when Lucas Janssen, Maarten Logtenberg, Mathijs Kossen and Martijn Otten, started Leapfrog 3D printers, with the goal of creating 3D printers that were reliable and easy to use. At the time, Lucas was doing a 3D printing internship. Whereas the other two founders, with backgrounds in mechanical engineering, were already investigating 3D printing, mainly for internal production of replacement parts.

These combined efforts lead to a novel 3D printer, the “CREATR”. This formed the foundation for Leapfrog as a brand, which was launched at the Drupa 2D printing fair. It was one of the very first sufficiently reliable and affordable 3D printers to target a prosumer and professional target, like other products launched in that period, such as the MakerBot Replicator 2 and Ultimaker 2, enjoyed a very rapid success and popularity. 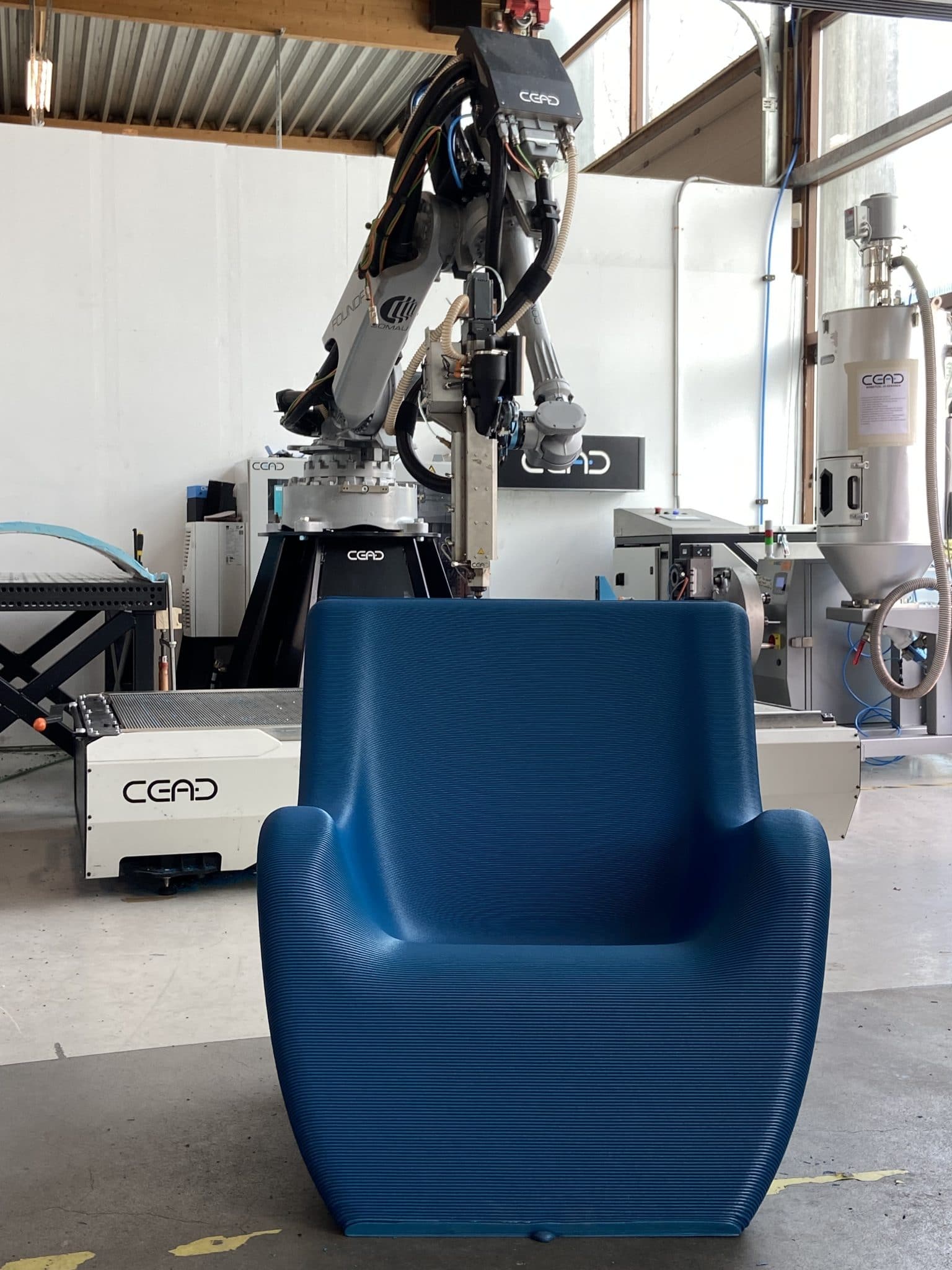 “And that [the CREATR] was, by accident, a big success, because we were the only ones with a 3D printer at a 2D printing fair. We received a lot of orders,” Janssen says.

The team worked on Leapfrog for 3 years delivering many 3D printers to the B2C segment in particular. At one point, Janssen and Logtenberg felt that B2B was a better route to bring innovations to the market and thus decided, in 2014, to part with Leapfrog to start a new company that same year – which is known today as CEAD. Leapfrog continues their operations today.

At the start, CEAD was not specifically focussing on 3D printing, but on automation in general. In 2016, they started to focus on what they are known for today, a pioneer/pioneers in highly automated robotic additive manufacturing of composite materials.

“Then we started adding a focus, which was quite a logical step, because we were still using 3D printing a lot, and we liked building bigger machines. That’s when we started to develop CEAD as a developer and provider of a large format, robotic, additive manufacturing system for continuous fiber-reinforced composites” said Lucas.

In 2017, the founding team at CEAD set a goal to make a system that was not only faster but also able to make stronger parts. The support from their launching customers, together with their own funds, helped CEAD develop this system and get it to market. The first composites LFAM 3D printer was officially launched by CEAD in 2018, when the system went live and they started printing parts.

CEAD began developing its 3D printing technology based on continuous fiber composites. The CFAM Prime is specifically designed with printing speed and reliability in mind and offers 24/7 production without operator interference – making it well-suited to run production. However, nowadays the company focuses more on their robot-based solution. “I think that applications demanded more of a system that could make a fully functional mold or a fully functional end-part – and not only a one-step process. And we basically manufactured the CFAM prime as a gantry system that was very good at 3D printing but couldn’t do other stuff, which makes it only suited for certain markets. That’s when we started shifting focus towards the development of a hybrid robot-based 3D printing system, using robotics to be more flexible. That’s actually why we called it the AM Flexbot.” Janssen explains. 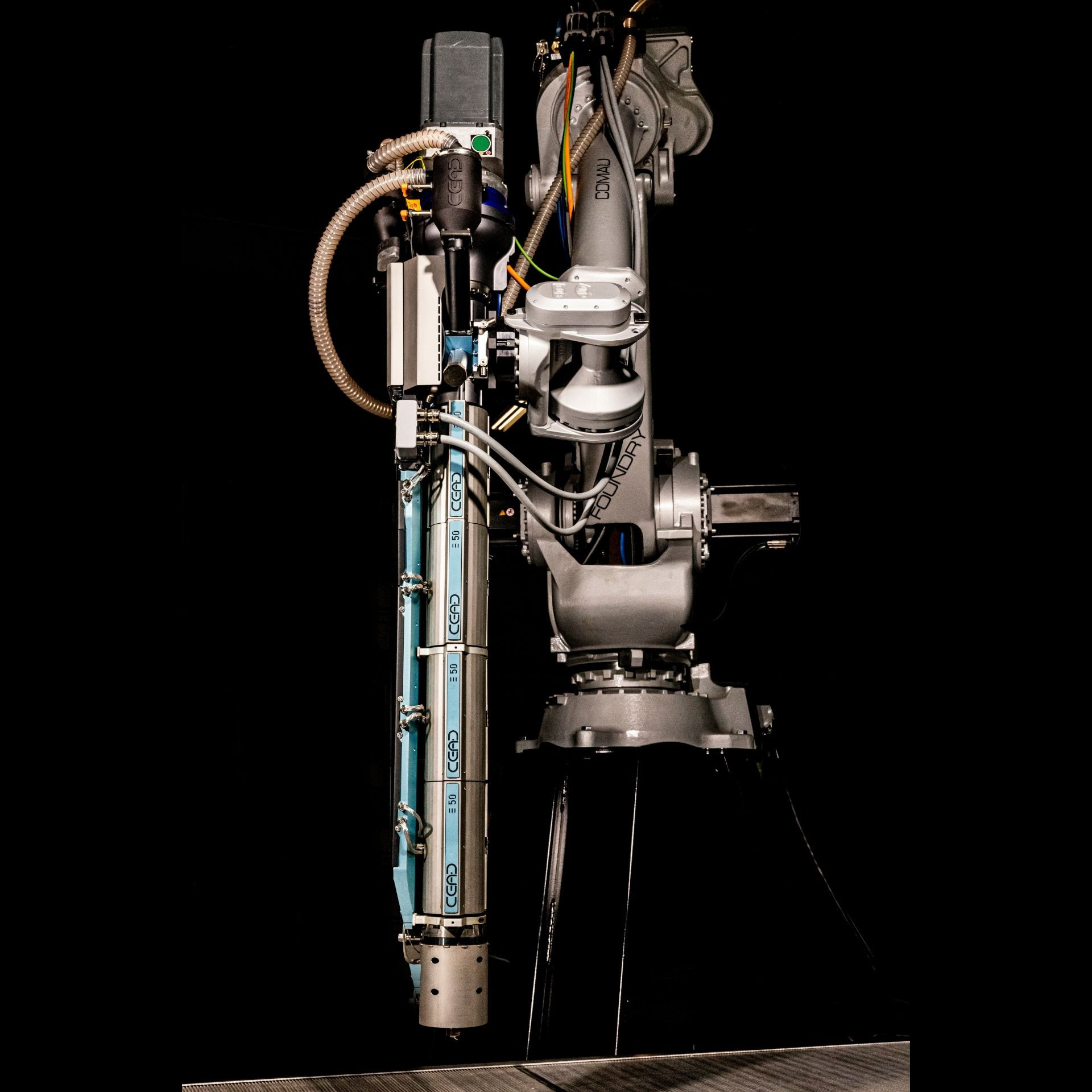 The AM Flexbot is CEAD’s robot-based solution for large-scale additive manufacturing. It combines 3D printing and milling into one automated process. The printer uses Siemens Sinumerik to directly control the Comau robot arm – enabling the accurate operation of the robot arm with 31 axis. Due to its modular design, the AM Flexbot system can be configured with the different print heads they have developed and easily be extended with additional functions such as a larger (heated) print bed, a rotary table, a robot on a track, additional robots or other production processes such as CNC milling, as well as other processes.

CEAD’s gantry-based hardware offerings also include the BEAD, a collaborative effort between Belotti, a high-performance, multi-axis, CNC machining company and CEAD, BEAD is an all-in-one solution for both large-scale 3D printing as well as precision milling that enables the near net shape of a part to be printed and milled, to the required tolerances with a CNC milling machine.

In addition to CEAD’s hardware offerings, the company also sells its services to aid in the development of related applications. “If we come across a new application – we can support and develop it together, in-house, with the customer. Often we develop it directly with a materials supplier. You basically need input from all three elements. And that works quite well. It’s a very important way to drive the market.”

CEAD works with multiple composites LFAM material companies such as Airtech, UPM Biocomposites, Covestro, Mitsubishi Chemical, Techmer, Victrex, SABIC, amongst others. Through these companies, CEAD offers many different thermoplastic (fiber reinforced) materials that have been tested and validated on their print heads. Their portfolio ranges from commodity materials, (generally reinforced with glass or natural fibers), including PP, PLA and PET-G, all the way up to high-performance materials (generally reinforced with carbon), including PEEK, PEI and PESU.

Although CEAD is mostly focused on hardware, they do, of course, recognize the importance of software in AM. “At the moment we use the Siemens NX, but we also developed some slicing engines – left and right,” Janssen says. “What we like, especially for the AM Flexbot, is that we have one integrated workflow with Siemens NX. So basically you can do the CAD design all the way through to the end part, basically, with all the steps between – such as making toolpath

s for 3D printing, and also making a virtual model of how your print is going to look or use that as input, again for milling. Because you need to effectively know where to put the material before you can actually trim it away. We make this layer on top of Siemens NX that is specific to our technology. Developing this add-on for the Siemens NX was a core part of the companies’ partnership.” 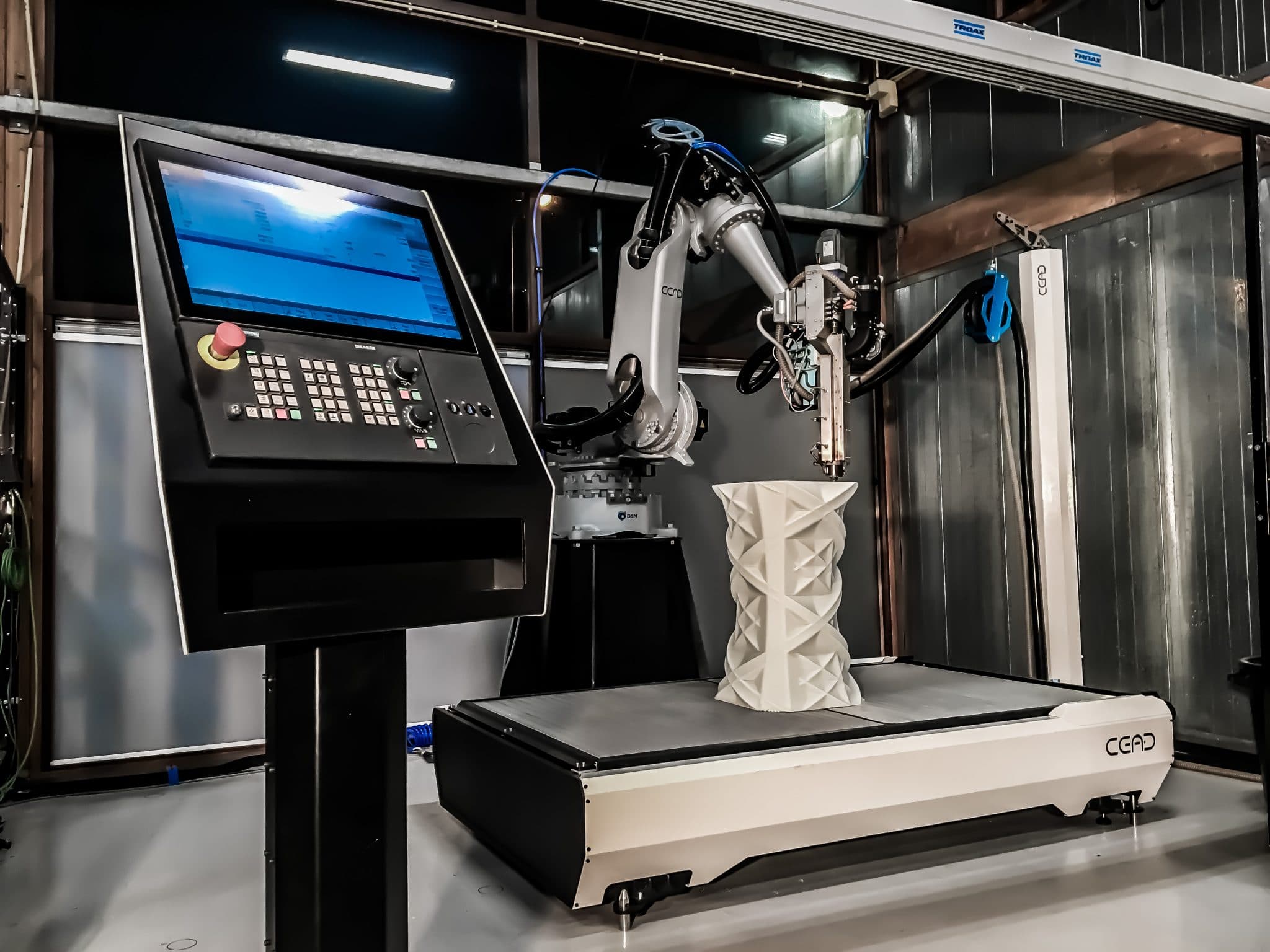