The first step in selecting the right large scale 3D printing solution for a specific application is deciding between a robot system or a gantry system. This choice is made based on individual requirements, such as required printing speed, flexibility, and requirements related to the production facility building. This article highlights the differences between robot based solutions for large scale 3D printing and gantry based solutions.

Differences between robot based and gantry based 3D printing

The differences that are found between robot based and gantry based 3D printing are mostly created by distinct approaches of moving along the printed project. Below, the advantages and disadvantages for both large scale 3D printing solutions are described. An overview can be found in the table below.

A starting point in the selection process between a gantry based and robot based large scale 3D printing solutions is based on the size of the objects that are to be printed. Single robot setups are limited to the reach of the robot, which results in a maximum working area with a width of two meters. Projects with workspaces of over two meters thus require either a setup with two robots, which results in a maximum width of up to four meters, or a gantry based solution.

Traditionally robots have a default high accuracy on point a and on point b, in order to have high precision on repeating operation. An example of this can be found in pick and place robots. The accuracy of path between point a and point b of these robots is due to the irrelevance in the operation neglected and less precise.

CEAD actively works on improving accuracy of robot based solutions. One recent improvement can be found in the improvement of accuracy of robot based solutions using our laser tracker. Click to read more about this solution in our latest blog article. Furthermore, Sinumerik toolpath control allows us to correct the differences between the planned path and the actual path. This difference is illustrated in the image below.

Gantry based systems, such as CEAD’s BEAD and CFAM Prime, can coordinate around the project at a higher speed than robot based solutions are able to. While the extruder does not differ between gantry and robot based solutions, the printing speed of the latter solution can be limited by the speed of the robot arm. The speed with which the robotic arm moves while milling is generally higher than the speed for 3D printing. Hence, gantry based systems are able to move faster while printing.

However, in practice, we see that these speeds are not often actually realized. Given every layer is still fixed to its material optimal layer adhesion time. For a new layer to be printed on top of the last layer, this layer needs to be cooled down sufficiently. If the last layer laid does not have the right temperature, the new layer cannot adhere properly. In a worst-case scenario, the entire structure could collapse. However, a solution for this problem can result in major improvements as well. Instead of waiting for the final layer to cool down, a second identical project can be printed.

Generally speaking, robot based printing systems offer more flexibility than gantry based systems. This increased flexibility is due to various factors such as a modular system, additional freedom of movement due to 6-axis, and more ease of relocating the 3D printing system.

Take the modular system for example. CEAD’s AM Flexbot can be extended in a later stage with additional functionalities, such as additional robots, additional build volume or a rotary table, or additional processes such as CNC milling. Gantry systems generally do not consist of a modular build. It is possible to create a modular gantry system, however, this generally requires more effort and is less cost effective to realize.

Lastly, a difference between the two systems related to flexibility can be found in the ease of relocation of the machine. Commonly the foundation of a gantry based system is concrete cast fixated into the ground. It is therefore much more difficult to relocate a gantry based system. Robot based systems are on the contrary easier to relocate to a different location within a production facility, providing the possibility to restructure a factory with more ease. 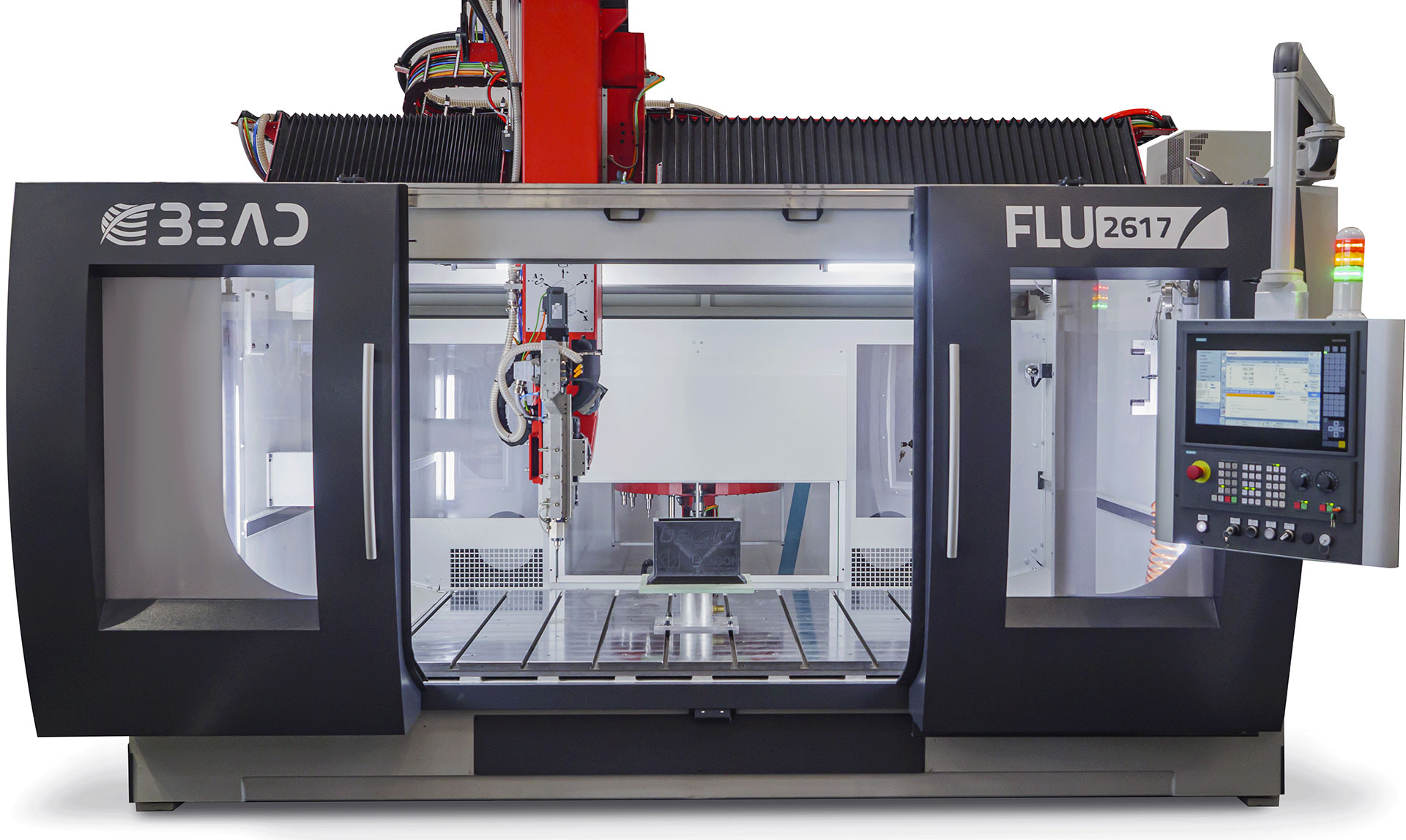 A fairly important difference between both printing systems can be found in the distinct purchase costs. Generally speaking, gantry based systems require a higher startup investment than robot based systems. This is due to a gantry system being larger and more complex. Furthermore, the production facility could require additional preparations in order for a gantry system.

6. Restrictions to the production facility

A deciding factor in the decision process could be the production facility where the 3D printer will be placed. Gantry based systems are larger and heavier than robot based systems and thus require different requirements for the property. The weight of a gantry system could mean that the floor on which the machine will be placed needs to be reinforced. However, these requirements are not solely for gantry based machines, since a robot based solution could also require additional working space. The exact requirements differ of course per application.

Furthermore, the printing possibilities differ as well. Gantry based 3D printing solutions are able to print in cubic volume, due to the horizontal and vertical axes.

For robot solutions on the other hand, spherical printing is possible. This requires a shift in designing the objects to be printed.

How robot systems and gantry systems are controlled usually differs as well. Generally, robotic systems require a distinct robotic language in order to control the robot. However, the advantage of CEAD’s robot based 3D printing solutions is that both the gantry as well as the robot solutions can be controlled with the same driver: G-code. This makes using the robotic 3D printers easier and more accurate.

Overview of the differences between robot based and gantry based systems

When deciding between a robot based system or a gantry based printing system, all of the factors that will influence the printing system have to be taken into account. The best solution for large scale 3D printing thus depends on the application itself.