A multidisciplinary team of 23 TU Delft students dedicates itself for a full year to design, build, test and race the world’s most efficient hydrogen powered city car. Their goal is to promote a sustainable future and to inspire and activate the public to play a part in the energy transition and to emphasize the importance of efficiency and potential of hydrogen along the way.

The Body Department is responsible for creating a strong, lightweight and aerodynamic bodywork for the car. It was therefore of great importance that each part would be manufactured with high accuracy. “Since we only had limited time to build our car, we were looking for a mould that would deliver reliable and accurate products” says Martijn Kanger, chief bodywork. “We needed a mould that could produce the two panels that would be placed on the inside of the car” explains Toine Koelmans, body production engineer. Onto the panels, the framework for the front wheels had to be attached while simultaneously creating a safety barrier between the driver and the wheels. “In the meantime, the mould had to be as efficient as possible in terms of weight, size and post-processing labour time.” he continued.

“After researching several mould manufacturing techniques, we came to the conclusion that a 3D printed mould would meet our needs” says Roos Wentges, body production engineer, she continues: “we partnered up with CEAD who helped us design the CAD-CAM model, determine the printing strategy and advised us on the right material.” By optimising the design, CEAD could nest both panels in the same mould, saving on material and machine time. The material, Dalthram-250-CF from Airtech, offered isotropic stability throughout the production process of the panels, assuring high accuracy and thus reliability of the end parts.

“There was much less manual post-processing labour involved in the 3D printed mould compared to the more traditional MDF moulds we used.” explains Thom Spelt, structures engineer. “The MDF moulds required extensive post-processing in comparison to the 3D-printed mould, the latter which we could use right after it arrived.”

Furthermore, the 3D printed mould weighed a lot less than its MDF competitors resulting in much easier handling during the production of our parts. “A great advantage of the mould is that the thermoplastic material is recyclable.” explains Spelt, he continues: “each year, a new team of TU Delft students designs and produces a new hydrogen fuelled car for which new moulds are required. This mould can be melted en reused over and over again, reducing waste and thus contributing to more sustainable manufacturing processes.”. When the complete car was finished, they competed in the Eco-Marathon 2022 against other teams. They won the race and reached an efficiency of 486 km/m^3 hydrogen, which equals 5407 km on a kilogram of hydrogen. 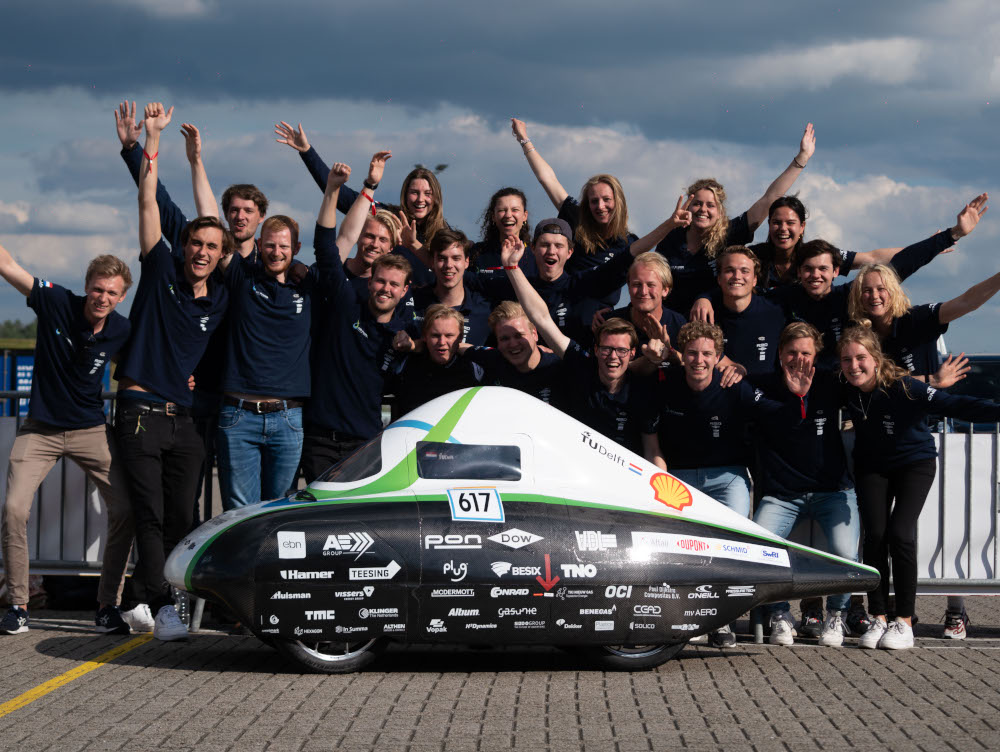 “We were really happy with the service and product CEAD offered to us. They were willing to help us with concretizing our idea right from the start and steered us into the right direction. Also the final product was delivered just as we expected and saved us precious hours during the production of our car!”