This interview was written by Hayley Everett and published at 3D Printing Media Network.

Oil and gas giant Shell has worked with fiberglass reinforcement specialist Poly Products to reverse engineer and 3D print an obsolete part for one of its offshore installations.

Shell Nigeria turned to additive manufacturing to produce a seal cover for a mooring buoy at one of its offshore sites after the part became unavailable on the market, posing extensive cost and lead time issues.

Working with Poly Products, the team was able to shorten the lead time of the part from 16 weeks to just two and secure cost savings of 90 percent. 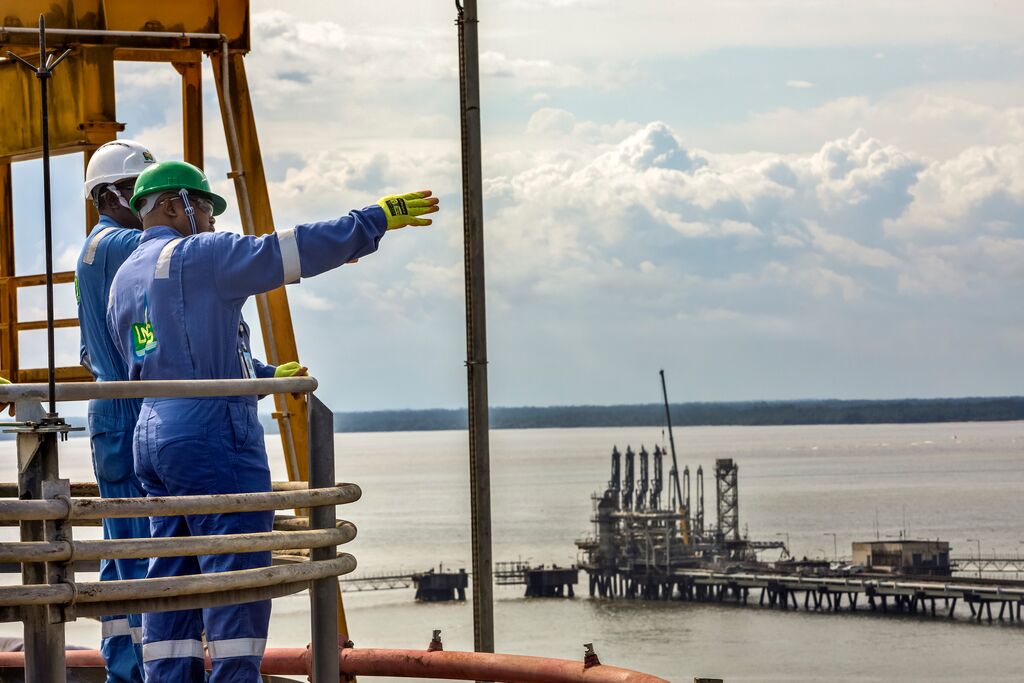 Shell has been utilizing 3D printing for design prototyping and tooling purposes for more than a decade, having installed an in-house metal LPBF system at its Technology Centre Amsterdam (STCA). Over the last few years, the firm has ramped up its 3D printing operations to begin 3D printing end-use spare parts for its offshore sites.

As part of this mission, the firm is currently trialing digital twin technology at its Singapore refinery, and has instigated a number of global additive manufacturing projects within the energy sector.

For instance, Shell has previously deployed 3D printing to achieve notable cost reductions in its offshore operations around Nigeria, and has developed on-demand 3D printed impellers in tandem with fellow energy firm Baker Hughes with the potential to reduce delivery times by up to 75 percent. Last year, the company worked with manufacturing service provider 3D Metalforge to supply 3D printed heat exchanger parts to one of its offshore facilities in record time.

Shell’s STCA 3D printing facility has previously been awarded a best practice qualification by independent assessment firm LRQA, and earlier this year became the first company in Europe to obtain CE certification from a third-party authority for a part 3D printed in-house. 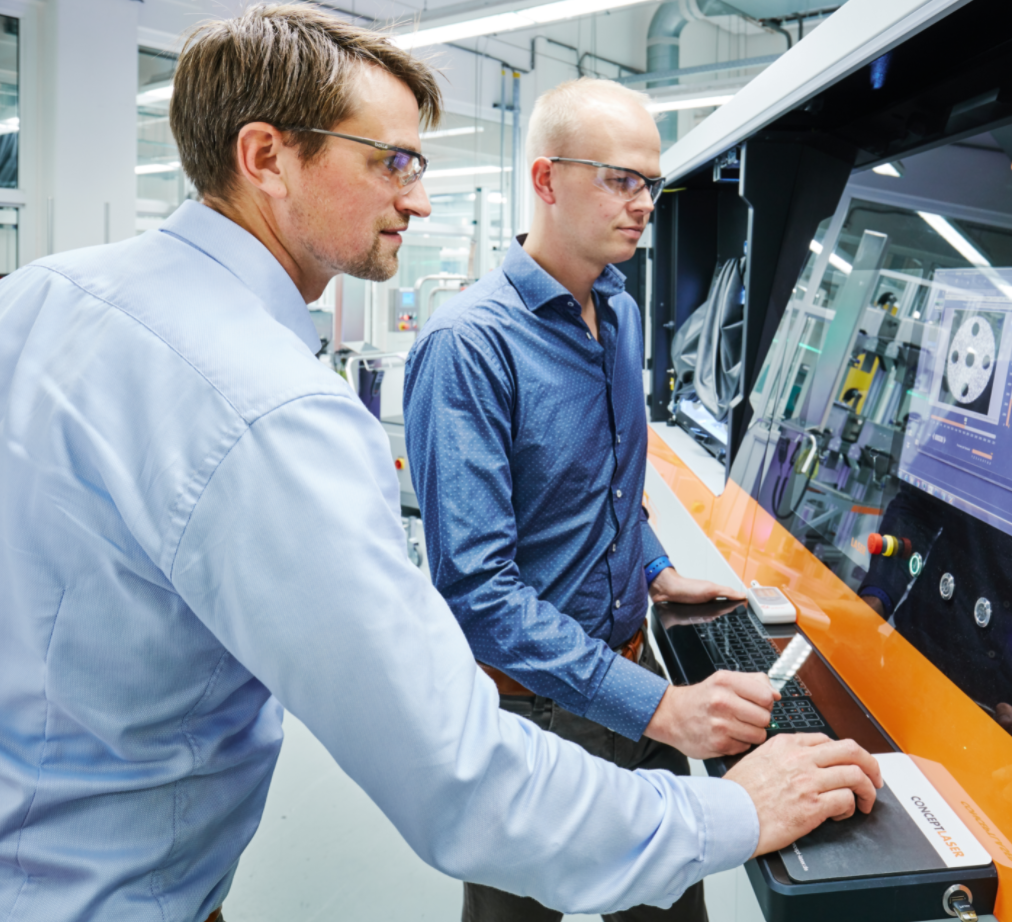 When Shell came to replace a polymer seal cover of a mooring buoy at one of its offshore installations in Nigeria, the firm found that the OEM no longer produced the parts. While not critical, the cover plates perform an important function and need to fit properly. As the part was no longer available, the firm was faced with replacing the entire metal assembly to which the cover plates are attached, which would have been costly and required the site to be shut down during the replacement.

The lead time for replacing the cover plates is typically 16 weeks, and with the rainy season in Nigeria just around the corner, making a mold for the part was not a viable alternative. Shell therefore turned to 3D printing and began working with Poly Products to reverse engineer and 3D print the cover plates in the Netherlands.

The parts were printed under Poly Products’ ENLARG3D label, under which the firm markets its large-scale polymer 3D printed products. Leveraging the company’s expertise in 3D printing reinforced plastic parts, the cover plates were printed in fiber-reinforced PETG using a CEAD Prime 3D printer. The printer’s 4×2 meter print bed was capable of printing the cover plates, which each span half a meter long. The parts were then finished with a fiberglass layer to make them waterproof. 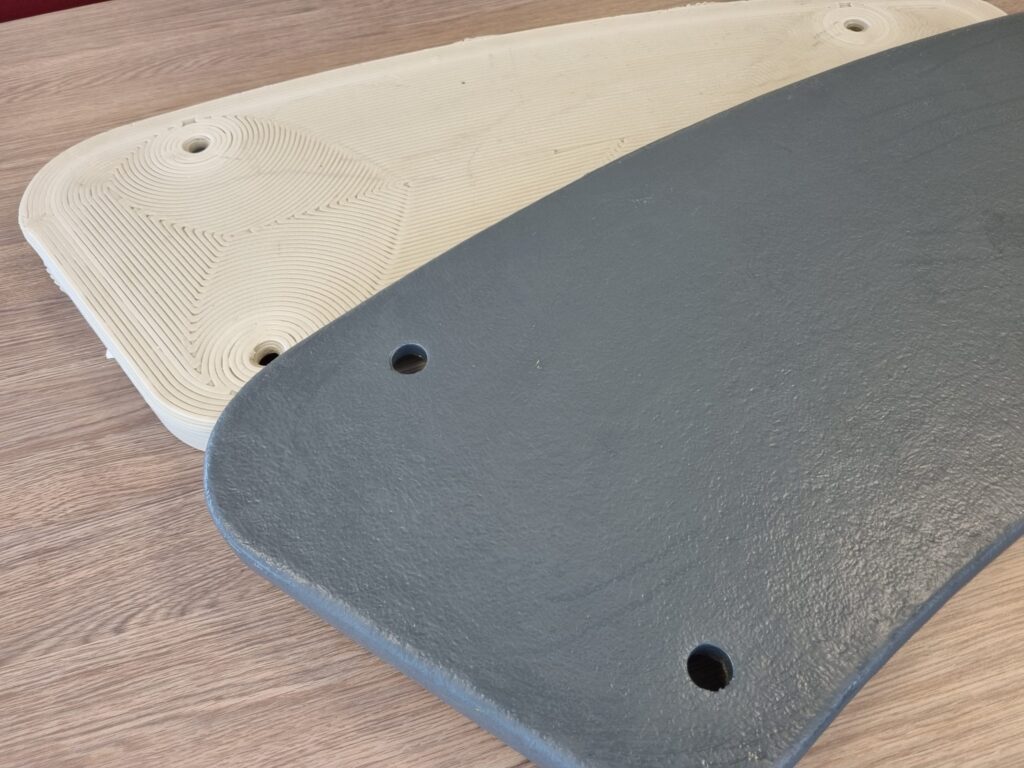 Not only did the project deliver much faster lead times for the cover plates, but it also yielded substantial cost savings too. Shell estimates that 3D printing the parts turned out to be 90 percent cheaper than replacing the entire top structure of the mooring buoy, before factoring in the cost of shutting down the offshore site.

As a result, the success of the project has encouraged the firm in its vision of moving much of its inventory to digital warehouses in the future. Instead of stocking parts, which can be expensive and infeasible in many cases, the firm is looking to store 3D files digitally to allow the on-demand production of spare parts.

To this end, the firm is establishing a global network of qualified OEMs and service providers closer to its end users that can print spare parts where and when they are needed. Through this, the firm hopes to reduce various supply chain delays and challenges.

“You can’t have a 3D printing strategy where you optimize and produce in the global factory,” said Angeline Goh, 3D Printing Technology Manager at Shell. “You’d remain highly vulnerable in your long supply chain to get your parts to your end user, and your carbon footprint would remain high.” 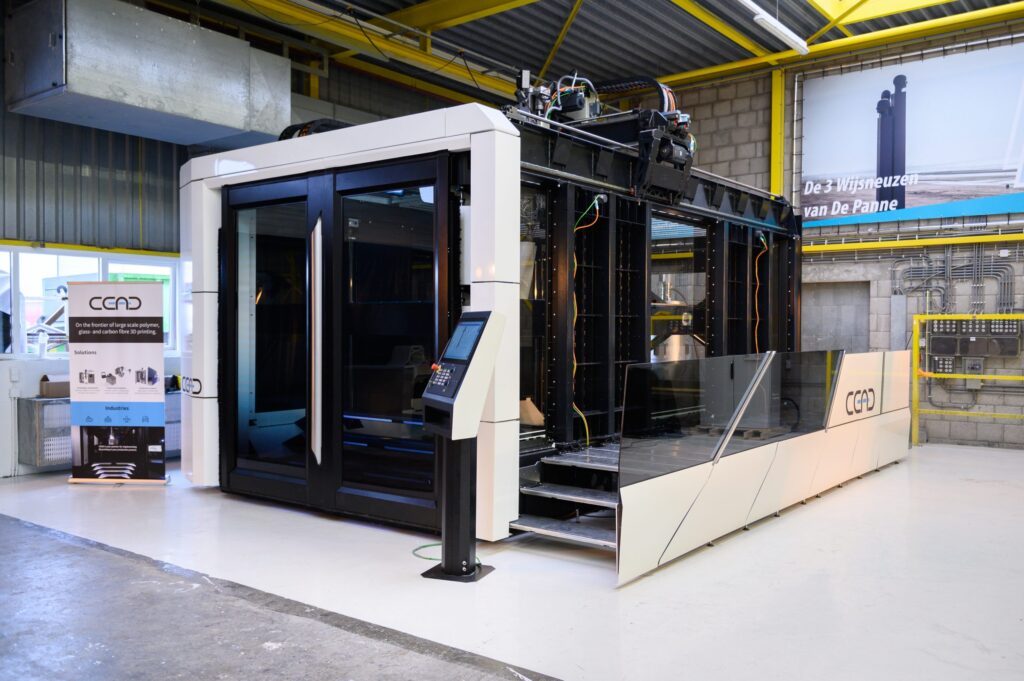